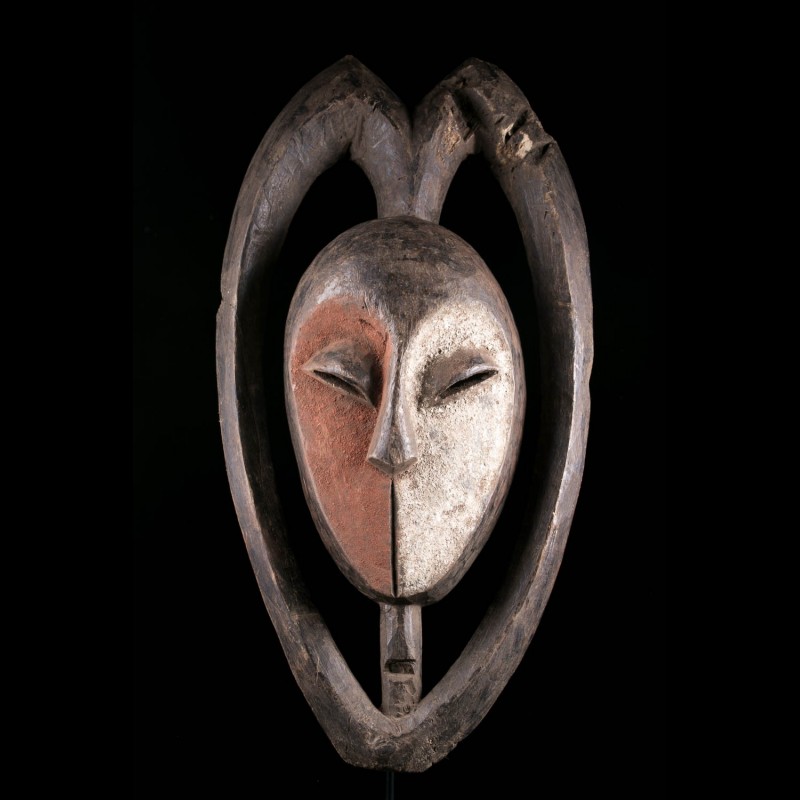 These traditional masks called Ekuk came out of the forest and entered the village, inviting to dance and songs. Located in the north of the Republic of Congo, the Kwele (or Bekwel, Bekwie, Bakwil, Kwele, Bakwele, Bakwele) are known for their famous Ekuk mask. Carved in an oval panel, a series of three pairs of eyes shaped like coffee beans, sometimes the outline of a triangular nose, the object with white patterns on a dark background has captivated the attention of contemporary painters and sculptors .

These Kwele masks are called ekuk. They are flat, with incised eyes, often white in the shape of a heart, a triangular nose and eyes in the shape of a coffee bean. These masks hung in the houses were rarely worn during the initiation ceremonies of the cult of Bwete. Their function was to animate a village in order to activate the beneficial forces living in the village. 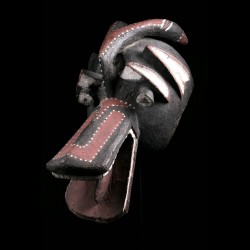