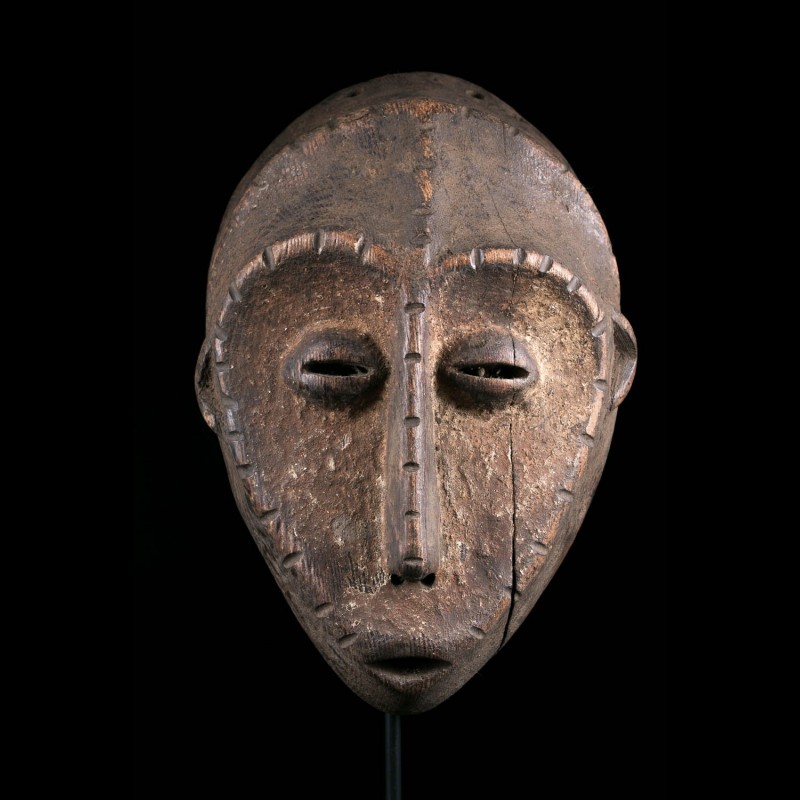 This African mask belongs to the category of muminia, rarely encountered and very little represented in the collections of African art. Compared to lukwakongo type masks, this one has larger dimensions. These masks are used during the initiations leading to the second grade of the highest bwami of the lutumbo lwa yananio ranks. The guardian of this mask was an initiate of the highest level of the second highest grade of the Bwami.

He belonged to the Banamusiga groups, a lineage group incorporated in the Beiankuku. This mask was an object of "collective ownership" as the only one of its kind in a large ritual community, comprising eight ritually related clans. This mask has been transmitted over several generations by narrow, direct and agnatic descent. This mask is also the expression of a historical privilege and a powerful symbol of social cohesion (since it must have been present during the initiations of the eight related ritual communities).

Most of the time, it was worn, not necessarily in front of the face, but on the temple or the top of the head, sometimes simultaneously with other masks and this, in very varied contexts; it was sometimes exposed on a fence, in the middle of other smaller masks. It does not represent an ancestor or a supernatural being, but transmits, in various theatrical contexts, values ​​(good and bad) related to the interpretation of the moral and philosophical lega code.

Old age of the mask at the rendezvous with its beautiful patina and visible dark circles. A mask not to be missed. Once again, P. Vandenbergh amazes us with the variety of pieces he has collected during his life as a collector. His impressive collection of several hundred pieces, some of which have been exhibited in tribal art fairs, have been entrusted to us.

The majority comes from the DRC, a country where many different ethnic groups are located, each with their own style. The Vandenbergh collection thus represents not only a long collection work, the expression of a personal affinity for forms and uses, but it also constitutes a physical and concrete testimony of what Congo has offered in terms of art. tribal, ancestral culture and stylistic inspiration. 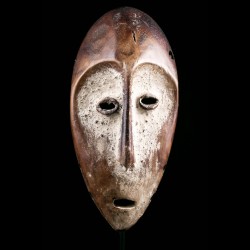