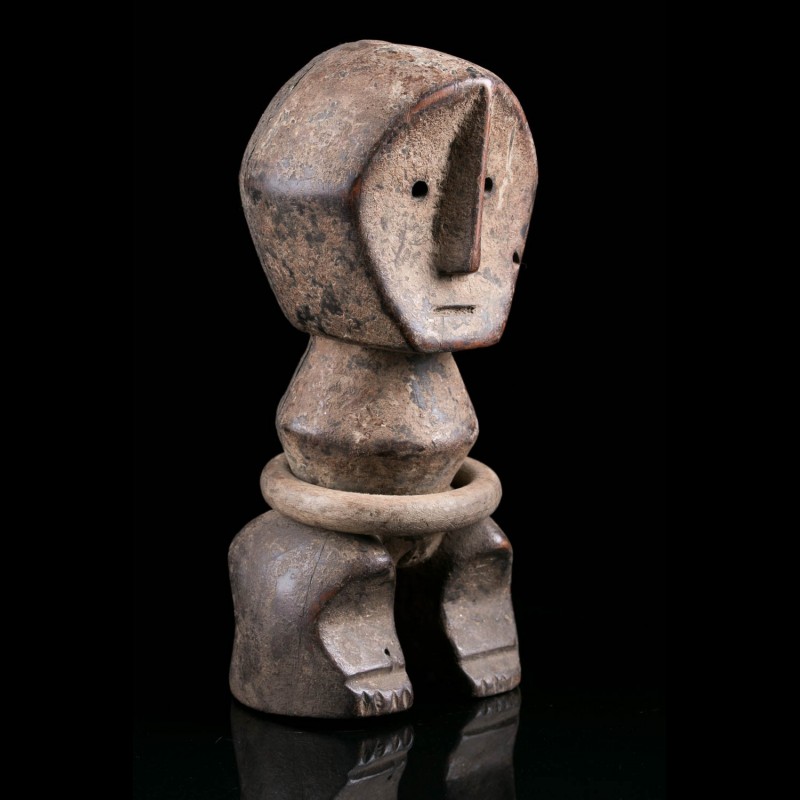 African art Zande and the statuettes of Mani

Zande art is a court art very similar to that of the neighboring Mangbetu people. Both display a very refined visual style. Their various utilitarian objects are often surmounted by a carved human head that does not represent an ancestor. Their poets performed improvised songs accompanied by music played by five-stringed harps generally surmounted by these finely carved heads. The closed association Mani or Yanda, which spread magic among its members and settled disagreements, produced highly stylized figures that were both anthropomorphic and zoomorphic.

The Zande are populated by a vast area stretching across the north of the Democratic Republic of the Congo, the Central African Republic and South Sudan. They developed a kingdom based on a royal clan, the Vungara, and absorbed foreign populations through their well-organized army that conquered new territories. They are therefore composed of a very heterogeneous group. 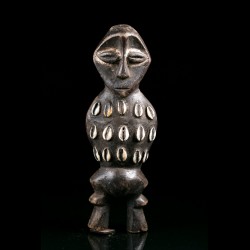 Katanda figure of the Bwami...