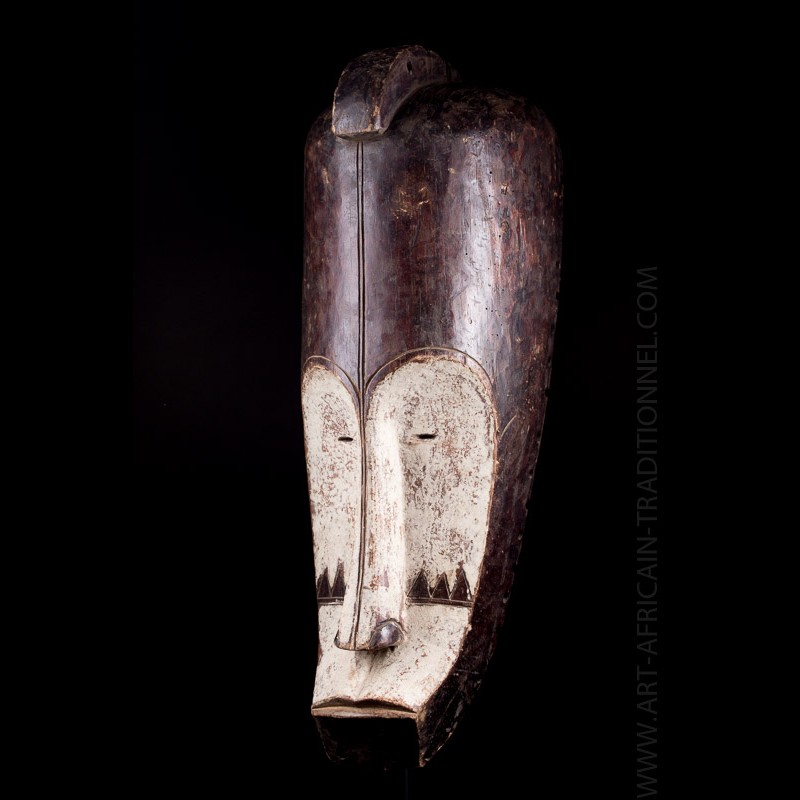 In traditional Fang culture in Gabon, policing was provided through masks such as this one. In the Ngil society, the great initiate (Ngang) helped by his officiants, roamed the villages concealed under a traditional mask lengthened and covered with a thick layer of kaolin as seen here.
The mask wearers, hidden in their raffia costumes, appeared in the village at nightfall, flashing torches in their hands. Very nice African art object for collectors.
Their goal was to track down troublemakers to start with the suspicious death officers. Their action was aimed primarily at individuals guilty of witchcraft or criminals. Once the culprit was identified, he could be punished with death. The mouth is wide, the curved face inlaid with white. The perforations around the back of the mask served to fix a raffia cap that masked the wearer. Beautiful patina and beautiful quality of wood. 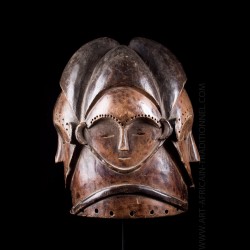 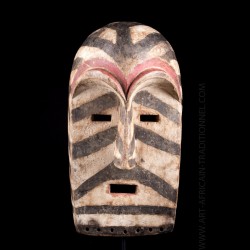 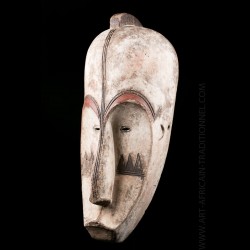 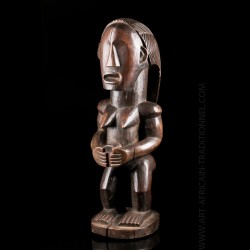